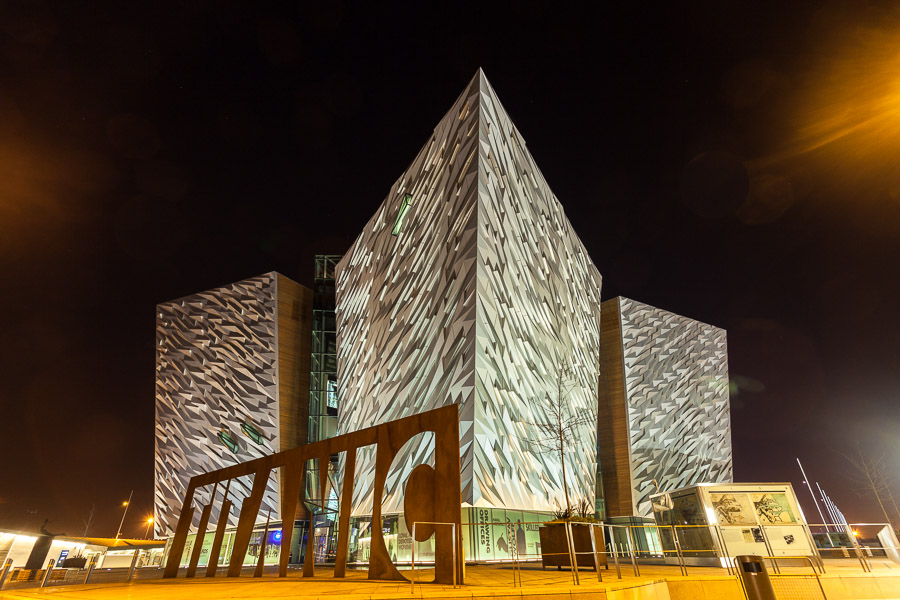 The Titanic Signature Building is built at the top of the slipways where Titanic and her sister ships were launched and has become the place to visit in Titanic Quarter or indeed Belfast.

I have photographed the building in daylight as have thousands of other people but on a recent clear evening on my way home from the city I took some photographs. The area is reasonably well lit, but to complicate the issue, with different types of lighting. This is why the area in front of the building is tinted yellow while the building itself isn’t. Our eyes and brain adjust this without us even being aware of it but the camera doesn’t. I could fix it in post processing but I’m reluctant to do it with images such as these and so I’ve left them just as the camera saw them. 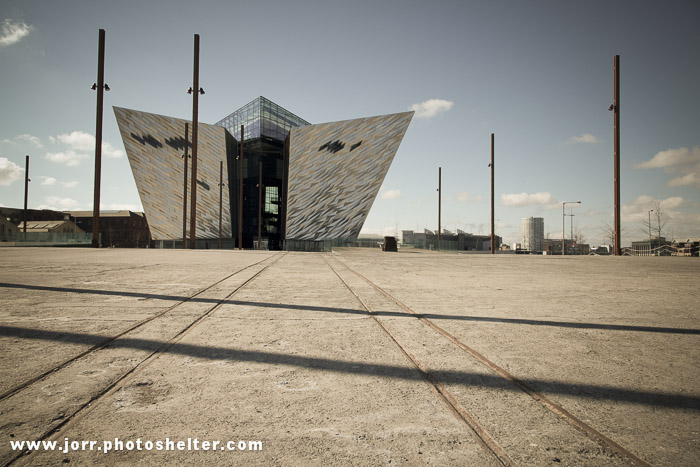 Its amazing how quickly you become used to new buildings. I think the Titanic Building has been open for just over a year but now when I pass its as if it’s always been there and I can’t remember what the area was like before it was built. I know that I have photographs taken before most of the recent construction in Titanic Quarter but I don’t know if I have images of this particular site. Possible subject for a future post maybe?

These photographs were taken at the rear of the building from the slipway where the liners were launched.