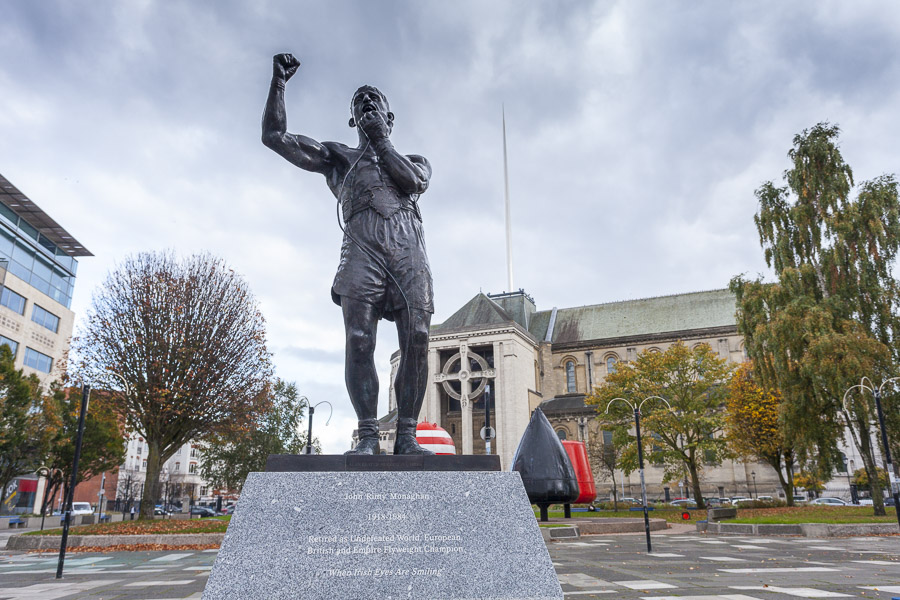 Rinty Monaghan was Belfast’s first World Boxing Champion. He was the first boxer from the city to win a world boxing title becoming flyweight champion in 1948.

John Joseph Monaghan was born in 1918 and he became known as Rinty because of his love for stray dogs and after Rin Tin Tin, the famous dog actor. He had 66 fights winning 51, drawing six and losing nine.

A statue of him by Alan Beattie Herriot has recently been erected in Cathedral Gardens, Belfast, not far from where he grew up. END_OF_DOCUMENT_TOKEN_TO_BE_REPLACED