As you will know if you’ve read some of my recent posts I’ve been using Panasonic cameras for general stock shooting.

I’ve came to these little cameras from a full frame Canon 5D MK2 and one of my concerns was the smaller sensor.

I’m using the Panasonics because of their size and weight and also cost. I’ll be upfront and admit the overall image quality is not as good as a full frame camera, especially in low light. Few photographers would argue otherwise.

I think, because I’ve been experimenting with smaller sensor cameras, I pay more attention to sensor sizes than I used to. So when I came across a review recently of the Fuji GFX 50S medium format camera I read it with more interest than I would’ve in the past given that it costs £6200.

The GFX 50S means that Fuji have a medium format camera and a selection of cropped sensor cameras in the X series. What they don’t have is a camera with what we call a full frame sensor. They obviously don’t feel they need it.

When you think it through you realise that sensor size is no more important than many other aspects you take into account when assessing a camera. You should make your decision, taking into account what aspects are important, depending on your intended use.

At present full frame, with around 24 megapixels is the ideal balance between image quality and cost for most general practice photographers shooting subjects from portraits to landscapes. That’s why full frame cameras around this mark are so attractive.

If you do need more resolution you have the option, depending on the manufacturer you prefer of the Canon 5DS, DSR, Nikon D810 or Sony Alpha 7R ll to name the the most popular.

With a medium format camera you get even better quality but you have to pay for it. Cameras such as the Fuji GFX 50S and Hasselblad X1D are edging prices down but they could never be considered cheap.

I’ve decided I don’t need a full frame sensor for stock. The improvement in image quality doesn’t compensate for the increase in weight of the cameras and lenses.

For easily accessible  landscapes and anything that doesn’t involve carrying a large camera for any kind of distance I wouldn’t come to the same conclusion so I will keep my full frame Canon and run both systems together. 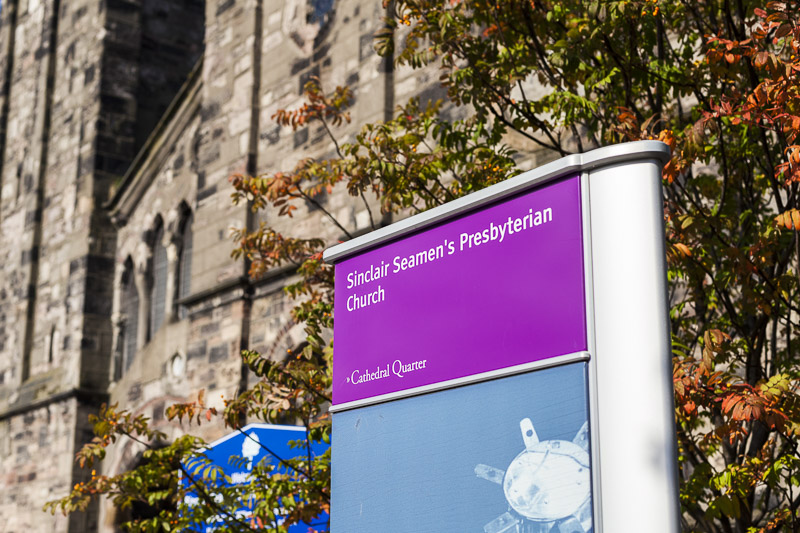 Well I’m back. My absence was due to an injured knee. I could go into a long winded explanation about how it happened and the agony but I’ll refrain.

Moving on. I’m in the process of experimenting with my recently acquired Canon 50mm lens. When I bought this lens I intended to run it in during Culture Night in Belfast when, as the light faded into the evening, I would be able to take advantage of the 1.4 aperture. My sore knee put paid to that. Instead I’ve included some images captured with the lens in recent days.

I suspect it’s not focusing quite right but the depth of field at 1.4 is so narrow that it’s difficult to say with any certainty and I’m not sure how sharp I can expect this lens to be wide open. I’ve read that at 1.4 it can have a “dreamy quality.” Anyhow I’m experimenting with micro adjustment on the camera so I hope to have an answer soon. 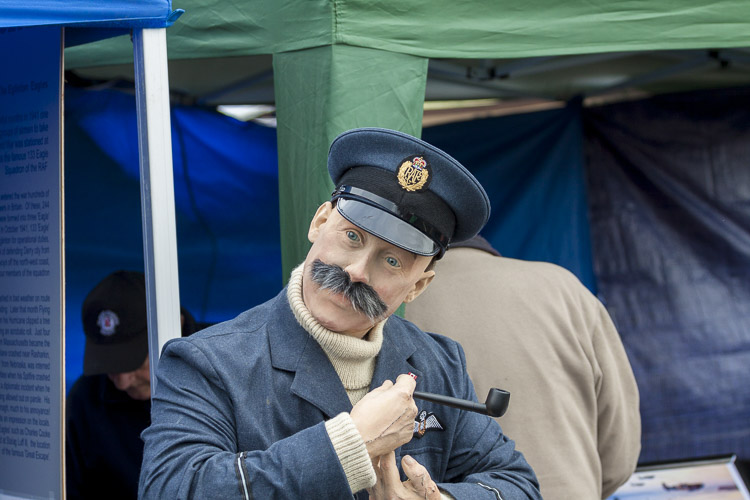 I know its an odd title for a post but this is the message I got on my camera at the Northern Ireland International Air Show in Portrush on Saturday.

The camera in question, a Canon 50D would lock up after one or two shots and display Err 20. A message on the back screen would say to turn the camera off and then on again or remove the battery and re install it – neither worked. An internet search on my phone revealed that this is some kind of mechanical fault and quite likely to be the mirror box. Some people seemed to be able to get a fix by fiddling about, turning things off and then back on, removing batteries, walking counter clockwise on their hands with the camera balanced on their left foot while others had to send it off and get the mirror box replaced. You know the Internet, sometimes there is just too much information and as the shutter on this camera was replaced after around 23000 activations (much, much sooner than expected) and the camera hadn’t been used all that often since, I was  far from impressed to be now looking at another expensive repair.

Anyway photography abandoned as I hadn’t had the foresight to bring a backup camera. Actually the 50D is my backup, my main camera is a 5D2 but the 50D is better for things that move fast which is why I had it at the air show.

On returning home I removed the battery and compact flash card and let it sit for about half an hour as I’d read that this might help – it didn’t. Messing around I tried live view which worked as it should and then gradually the camera returned to normal with the shutter activations creeping up until it would happily go of like a machine gun until the buffer was full. It seems to be working as normal, or it was the last time I tried it but now I don’t trust it. Time will tell.

Now to the air show. It was a fair enough day with sporadic sunshine and I did manage to get some photographs. Unfortunately two Lancaster Bombers that were scheduled to appear and that I was hoping to see and photograph couldn’t make it because of the weather at their base. Having said this I didn’t have a functioning camera at that stage of the show so photographing the Lancasters will have to wait. 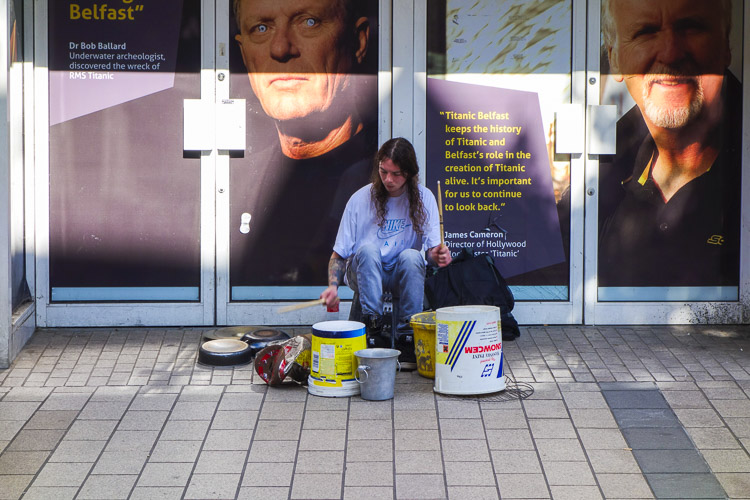 Recently I’ve been fending off an attack of Gear Acquisition Syndrome, known to photographers as GAS. This started some months ago with the belief that my Canon gear was too heavy and I should get a much lighter camera possibly one of the mirror less models that everyone seems to be talking about. I looked at mainly Fuji, Olympus and Sony systems but also at the Sony RX10. I suppose this is really classed as a compact camera but its quite large, not much smaller than a DSLR. You can’t change the lens on this but it has a high quality Zeiss 24-70 zoom which is all I would need and people speak highly of it.


I wouldn’t have considered a camera without interchangeable lenses until the Fuji X100. This didn’t use interchangeable lenses – it didn’t even have a zoom,  just a 23mm fixed lens. Prime lenses are usually sharper and faster than zooms but I was reluctant to move away from the comfort of my zoom lenses. I was fearful of having to change the lens too often, which I believed would be the case using primes and allowing the dreaded dust to get on the sensor. The Fuji, I thought, having a fixed lens, would remain dust free. But now there is dust on the sensor and because it has a fixed lens I can’t clean it myself. I’m told I have to return it to Fuji to have the sensor cleaned and this will cost over £100. Common sense tells me the dust will probably get worse and I now find that ideally I need more than the 12 mega-pixels it offers so a repair at that cost is unlikely. I love that camera but right or wrong I won’t be buying a camera in future unless I can remove the lens and get at the sensor. Once bitten and all that.
What using the Fuji X100 did is make me aware of just how much you can do with one lens and some thought. I use the Fuji rather than an SLR for walk about photography and it has changed my mind on interchangeable lenses. It has a 23mm lens which is the equivalent of about 35mm on the cropped Sensor and having just this one lens makes you think more about the image you’re creating. I admit it – being able to stand in one place and zoom in or out made me lazy. I didn’t examine the scene in as much detail as I should. On using the Fuji I may have to move closer or further away rather than simply zooming but in doing this I find I’m more likely to discover different angles, positions, even lighting. In short I don’t miss a zoom lens anywhere near as much as I thought I would.

Now back to the options.
The Fuji mirror less camera range is attractive and I’m certainly pleased with the results I get from my X100 it but to be honest there are too many celebrity photographers writing about how good they are and it has actually put me off. Also the Fuji I would want is simply too expensive.
Sony produce excellent mirror less cameras but the lens range is limited. I could buy an adapter and use my Canon lenses but sometimes, I’m told, this is not completely successful and anyway it just seems a bit untidy. Also part of the problem is the weight of the Canon lenses and this is about reducing weight.
This brings me to Olympus. I really like these little cameras and the image quality is supposed to be great for the size of the sensor. It’s half the size of the sensor in my Canon 5d2 so lenses are much much smaller but the sensor size worries me. I’ve always found in digital camera sensors that bigger is better.
Examining these cameras has made me aware that there will be a trade off if I buy mirrorless. If I buy a camera what lens should I get?  If I get a zoom in the 24-70mm range will later want something with a longer reach? Its all money.
I’ve also remembered that there are guys swinging a pick and shovel, carrying bricks up and down ladders, chopping down trees all in a days work – and I’m complaining about the weight of a camera!

I’m staying with my Canons. I’m happy with a prime lens, having managed to break my attachment to zooms, so I’ve bought the Canon 50mm f1.4. Smaller, lighter and sharper than my zooms and much cheaper than a mirror-less camera so I’ve saved money. GAS extinguished until the next time.
Any opinions are welcomed. 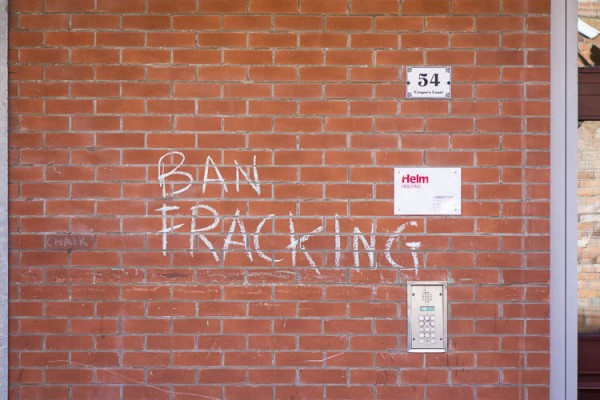