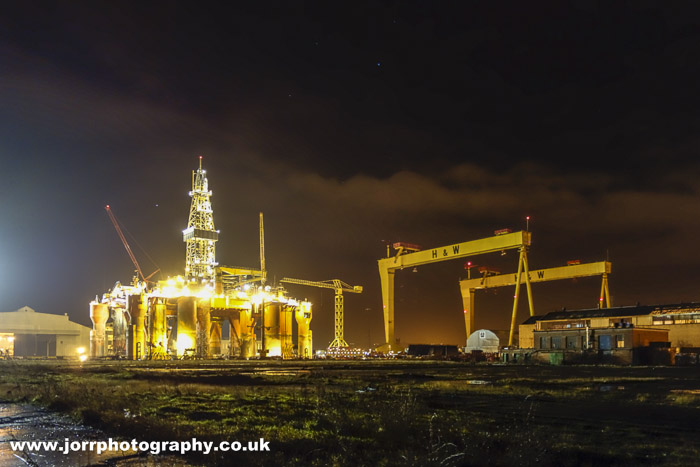 A few months ago I bought a Sony DSC-RX100 as a carry everywhere camera. “Now there’s a pic if I had my camera” was simply happening far too often and although I usually carry my Fuji X100 and it’s much smaller than an SLR there’s just no way it can be described as a pocket camera. This little Sony has a 20 Megapixel sensor but can easily fit in a shirt pocket.

The Sony scores by having a sensor about four times the size of the sensors found in similar sized cameras. There a are a number of advantages in having a larger sensor but the main one is the reduction of digital noise in the photographs.

So far I’ve mainly used the Sony on bright days and been more than happy with the quality of the images it has produced so I didn’t experiment and didn’t explore the settings in any depth. Recently, however, I read about a night time setting that takes a number of images when the shutter button is pressed and combines them to produce a final image. Now I don’t know about you but when I move from the aperture/shutter priority or manual modes things rarely seem to work as they should so I didn’t expect much from the night time setting on the Sony. I’ve been surprised.

The photographs below were taken using this setting.